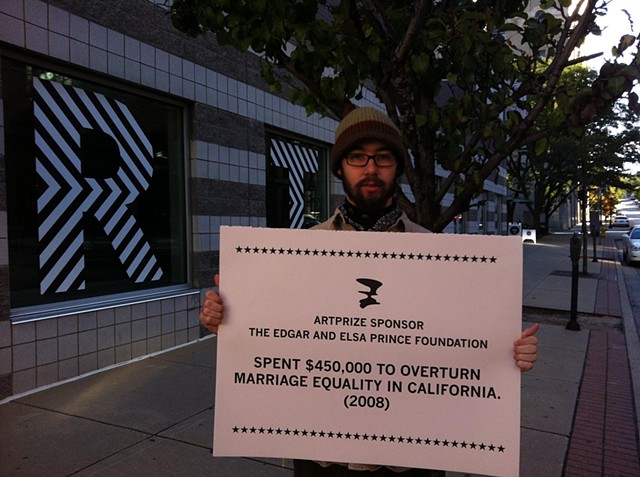 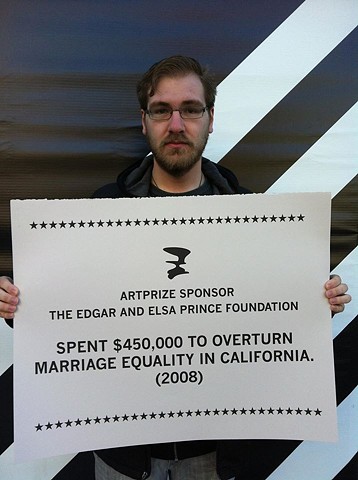 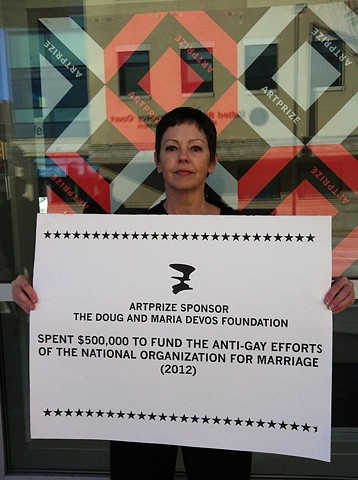 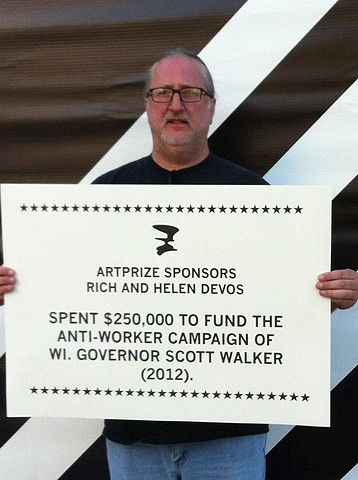 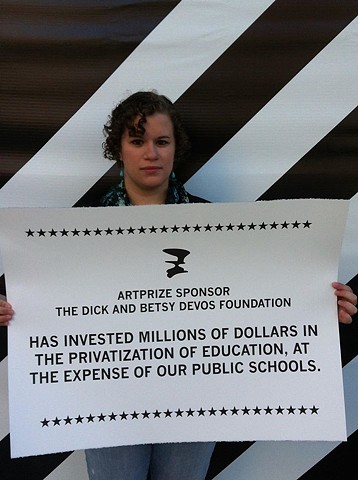 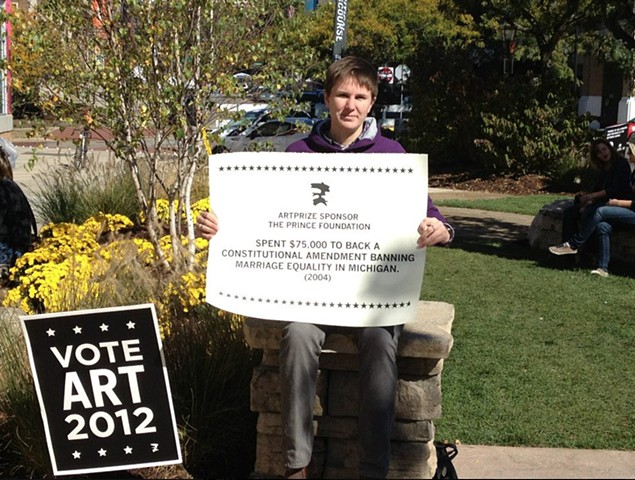 Annually, Grand Rapids plays host to a city-wide art competition known as ArtPrize. ArtPrize is lauded by many as a moment for area residents to come together in celebration of creativity, but the community-building potential of this event is undermined by its consumerist disposition toward art and audience alike. In order for the public to engage with ArtPrize, it isn't necessary that they engage with each other, the artists or the city. Instead they are encouraged to simply go downtown, vote, spend, and leave, never truly relating to the city, the community, its issues and concerns, or even the ideas behind the art. It is important to be aware of who the major funding and organizing parties are behind the event, how they benefit financially - and otherwise - from ArtPrize, and where else they are directing their economic resources. Many of the foundations and families underwriting this competition have been donating large sums of money to anti-worker, anti-marriage equality, anti-immigrant, and anti-community organizations and campaigns. It is vital that this information become public knowledge so that it may be in consideration as one ventures through the spectacle of ArtPrize. One must wonder: "What motivates the donors to sponsor ArtPrize? How does seeing their names attached to the event affect our impressions of them? How does this “social experiment” benefit the artists whose time, energy and pocketbooks provide the content? Does it frame art as something to be simply instrumentalized for economic gain? Does a divisive popularity contest that has historically marginalized experts in the field do anything to elevate our cultural discourse, or is it just another example of anti-intellectualism?"

ArtLies was undertaken with an intent to expose some of the ugly truths that lie behind ArtPrize.