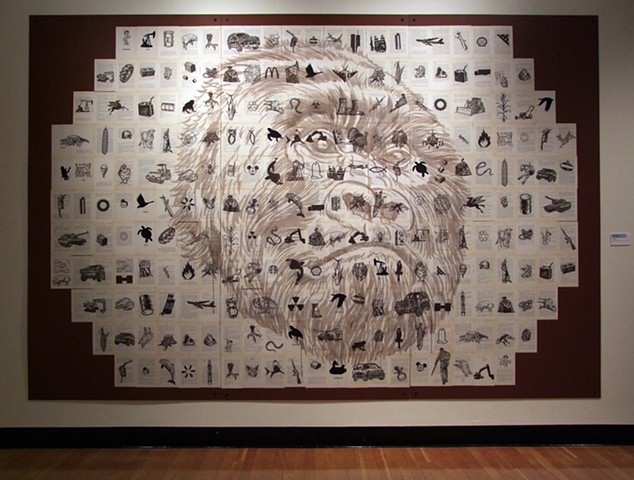 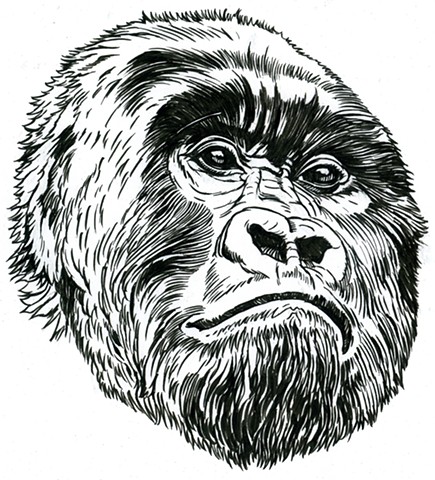 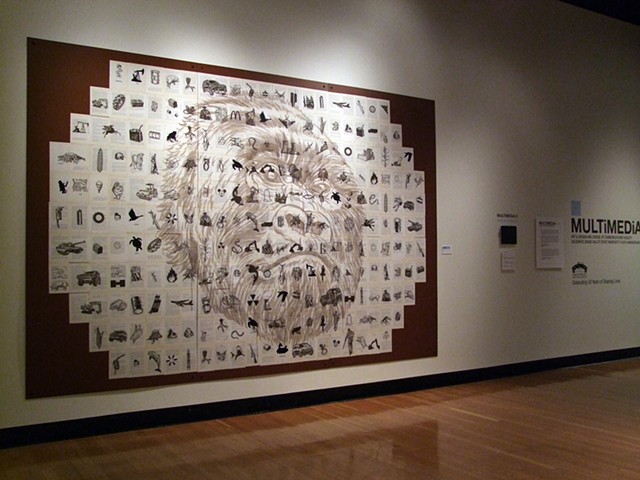 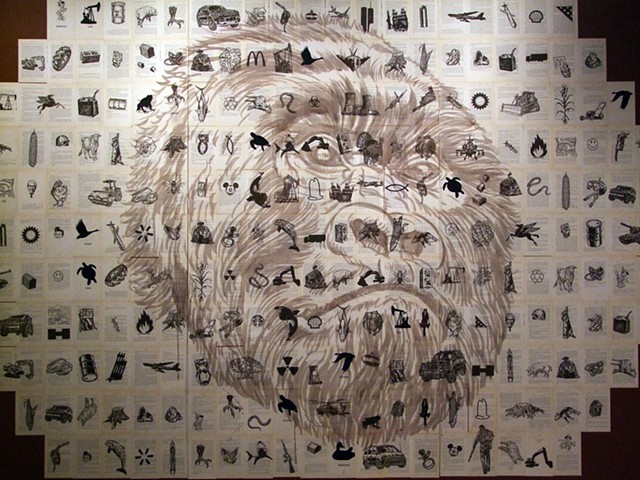 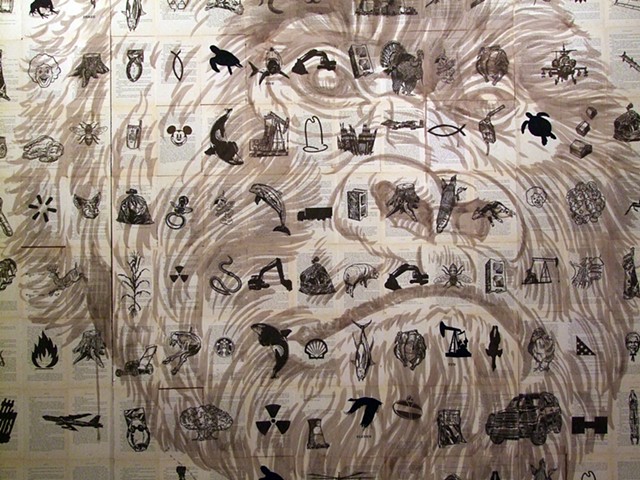 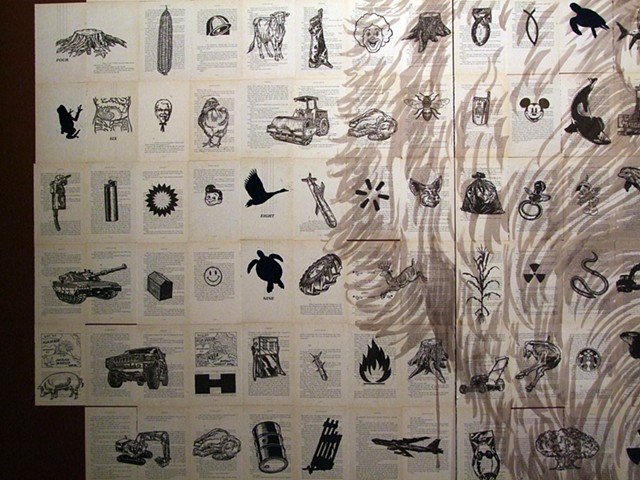 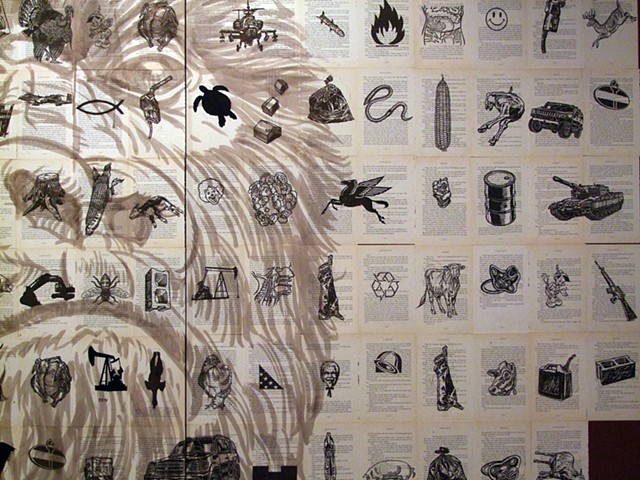 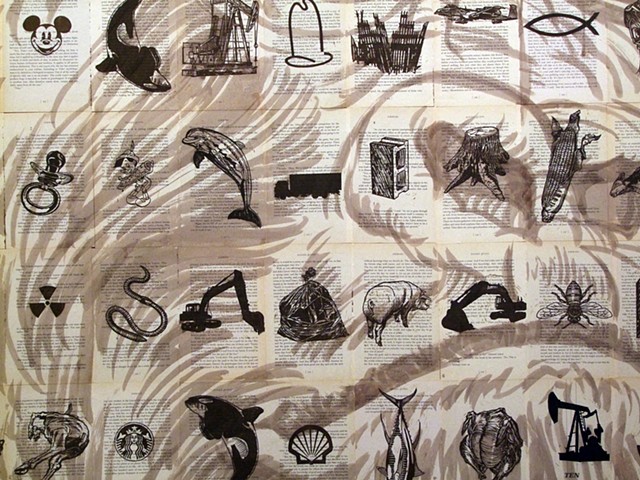 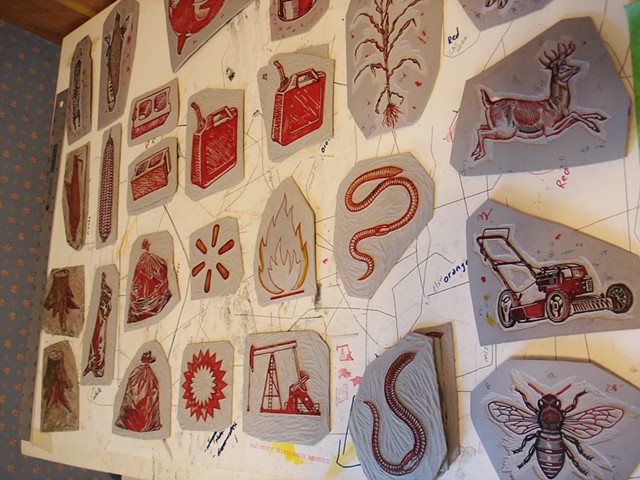 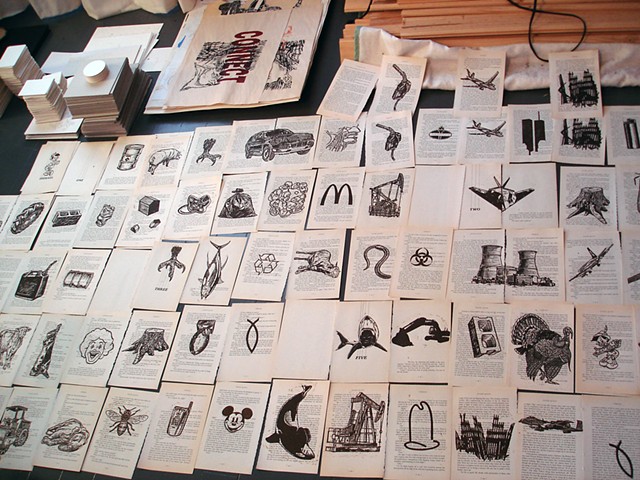 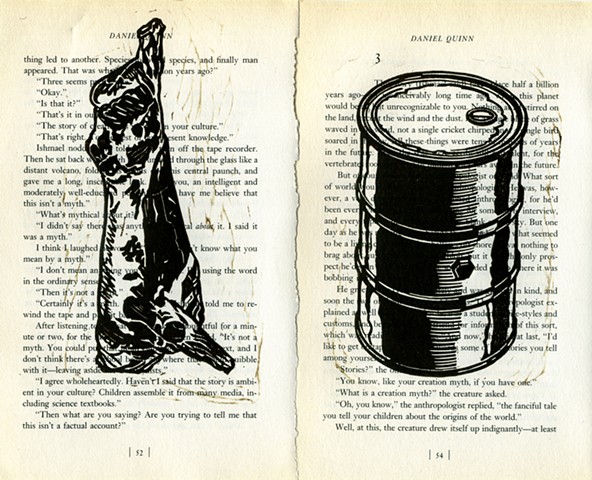 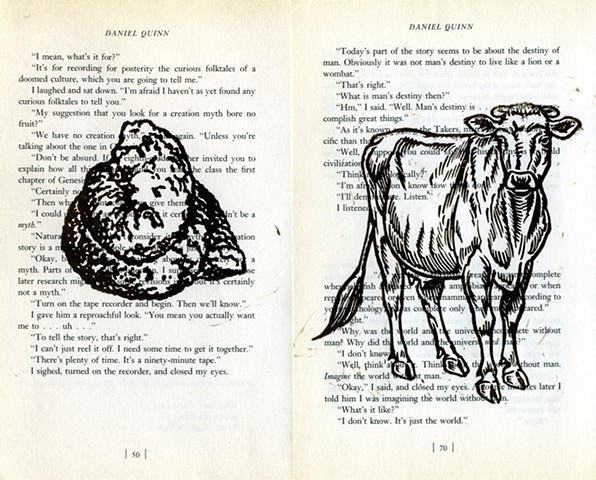 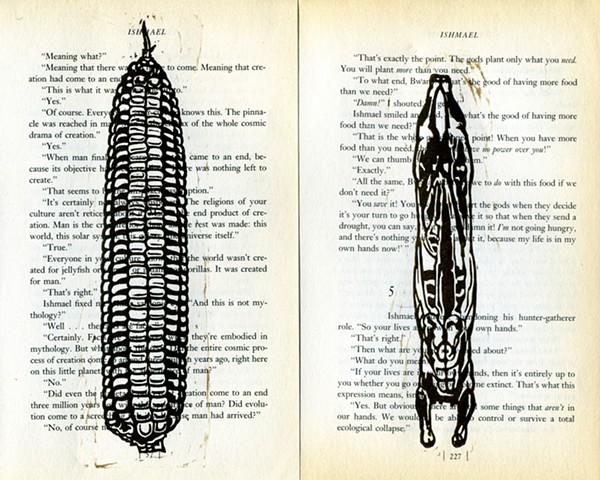 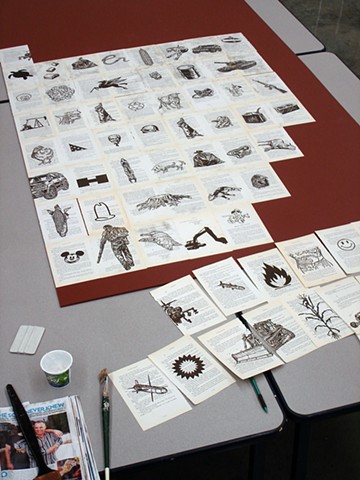 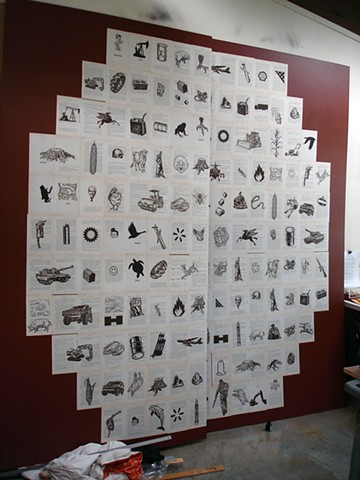 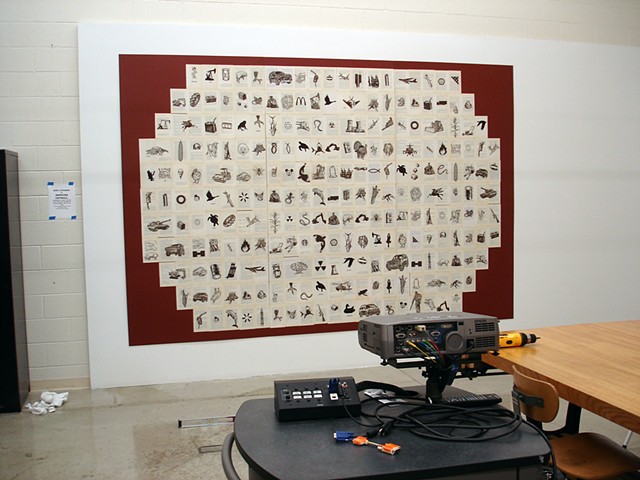 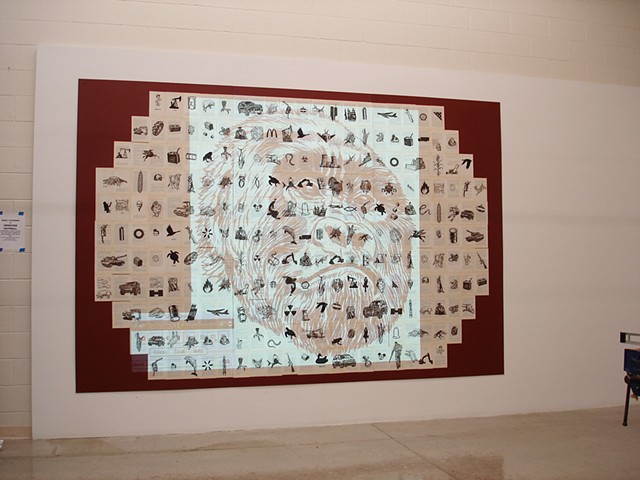 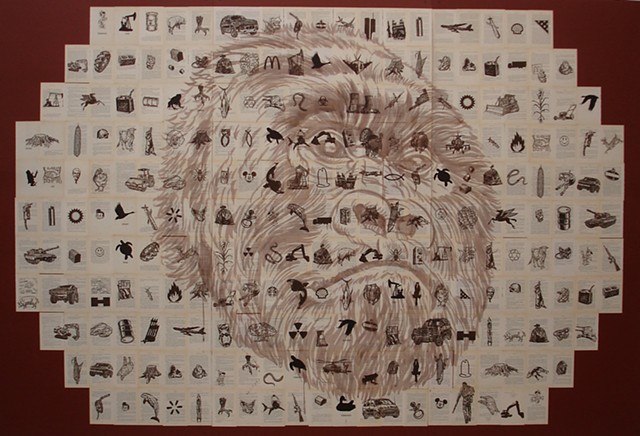 The mixed media work Ishmael is inspired by an acclaimed Daniel Quinn novel, from which it also takes its name. Written in 1992, the book recounts the relationship between its nameless narrator, a disaffected middle-aged man, and the telepathic silverback gorilla who becomes his unlikely mentor by illuminating the devastating effects of our civilization’s anthropocentric values.

As I read the incisive Socratic dialogue between Quinn’s characters, my mind was flooded with images symbolizing humankind’s presumed sovereignty over other species and thoughtless exploitation of our shared resources (though the vast majority of this imagery is not overtly described in the text itself.) I was immediately compelled to illustrate this story - in an admittedly unconventional manner - separating all 258 pages, printing relief blocks over each one, then reassembling them over three large wooden panels. Overlaying this dense collage I painted the ominous specter of Ishmael himself.

From its outset, the intent of my piece was to encourage others to read Quinn’s work, in the hopes that some might find its content as powerfully transformative as I have.