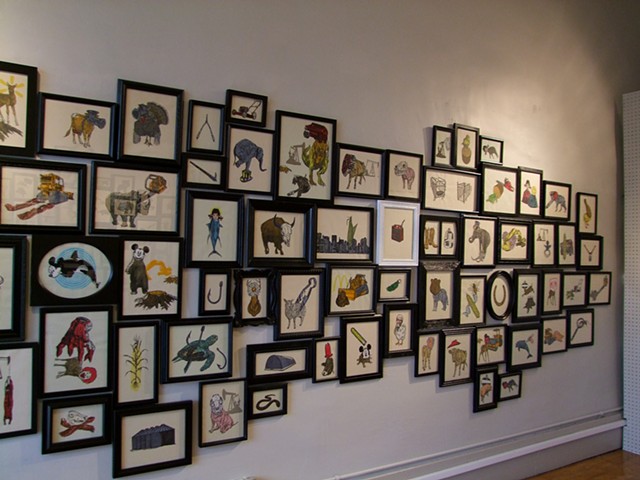 Dying to Please You (south wall, detail)
< previous next >

Dying to Please You

You may ask, what is the logic of domination? You’ll recognize it in the following false binaries: Male - Female White – Black/Brown (race) Straight – Gay Nature – Culture

I think of these questions continually: When is another animal worthy of our moral consideration? How intelligent must they be, and by whose measures? How like us in appearance? How large? How cute, or seemingly friendly? How useful to us? How threatened by extinction? How do these questions (and their answers) translate with respect to our regard for other humans?