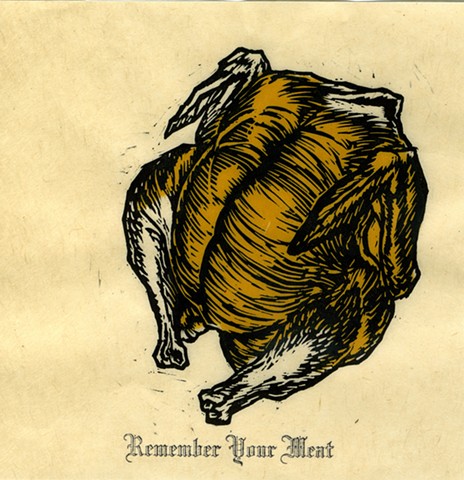 Our Hostess and Red Hydrant Press My involvement in this project is, above all else, the result of Alynn Guerra’s desire to incite critical discourse through the shared visual language, traditions, and tools of printmaking. Her belief in the continued viability of this ancient medium is evident all around us, filling the walls and floor space of Red Hydrant Press, and serves as an inspiration to each visitor.

Life, Death, Ink, and Paper: Customs Conflated Historically, The Day of the Dead and printmaking are seamlessly interwoven. Celebrations of the holiday have long been propagated through cheaply reproduced, widely disseminated street literature, or broadsides, themselves a popular Mexican (and print) tradition.

Coming Together From her former home, Mexico City, Alynn has brought to West Michigan her passion and capacity for printmaking, as well as a rich cultural background. In her youth and early adulthood she was exposed not only to the vital traditions of graphic art, but also proud displays of political activism, the proliferation of government propaganda, and emotionally charged, symbolically loaded festivals such as The Day of the Dead.